Infrared Touch Screen: Every Thing You Need To Know 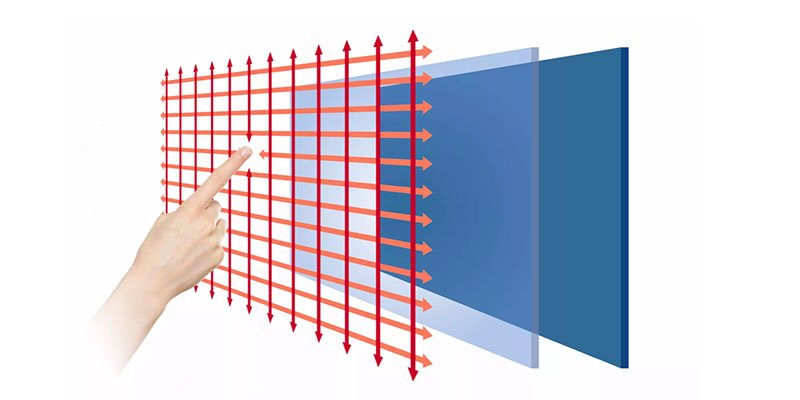 Compared with smart projector boards, which were widely applied to education, IFPDs is more convenient and practical.

You do not need to calibrate the image projector before lecturing; with LED lighting technology, IFPDs provide a clear image all the way; and thanks to the IR touchscreen, you can annotate your presentation with almost anything, a dry/wet finger, pen, or stylus.

However, let’s focus on the IR touchscreen today to see how it is properly utilized to improve the user experience.

What Is An Infrared Touchscreen?

Commonly, the overlay is a piece of protective glass hemmed in by the IR touch frame, in which Infrared LEDs and photodetectors are embedded. A kind of optical bezel will be inserted between the glass and the frame to fix the frame and transmit infrared light emitted by those LEDs.

Through the optical bezel, IR LEDs emit invisible infrared beams forming grids on the surface of the overlay, Photodetectors are installed across from the LEDs to detect interruptions of beams if touch events on the overlay happen.

How Does Infrared Touchscreen Work?

The infrared touchscreen works by detecting interruptions of infrared beams emitted by LEDs embedded in the frame around the touchscreen overlay.

There are two rows of IR LEDs, which generate horizontal and vertical invisible IR beams. They form a large beam grid that covers the surface of the overlay. In the meantime, two rows of photoreceptors are installed on the opposite side of the LEDs.

As long as an opaque object touches the surface, it will blot out the light beams. Photoreceptors in both directions (vertical and horizontal) can detect this interruption by that object, finally localize the x and y coordinates, and then send the signal to the processor to respond with relevant action.

To know more details of its structure and workings, you’d better walk into a workshop to learn its assemble process. Most of the time, we do not have that chance, however, regular maintenance work offers you the opportunity to check its components inside.

Let’s review the video below.

How To Install An Infrared Touch Screen Interface (Overlay)?

Maintenance is a good solution to sustain the equipment with an IR touchscreen, however, it entails cleaning and installing the interface (overlay).

Alternatively, Let’s go through this video to learn more

But, why do engineers choose infrared touch screens for interactive whiteboards, which are widely used for business meetings and distance learning.

Of touch screen technologies, infrared and projected capacitive are the top two types that are mostly utilized. However, they are applied to different applications due to the differences between them.

For PCAP touch screens, There is a layer of transparent electrode film that is fixed between the LCD panel and the cover glass, when the human finger touches the screen, the current through that film changes, and the signal of x and y position will be transferred to the computer.

For IR touch screens, the equipment detects the finger’s position by detecting the block of invisible lights from the infrared LEDs that are embedded in the touchscreen frames.

So you will often see a bezel in the IR touchscreen, which is used to transfer the infrared light to the surface of the overlay, while the PCAP touchscreen does not require the bezels.

PCAP touch screen only supports two-point input, while IR ones up to 40-point input.

IR touchscreen can be activated by anything that is not transparent, whereas PCAP types only accept bare fingers, thin surgical gloves, or cotton gloves.

The electrode film in PCAP touchscreens is expensive, especially when it comes to large screens, but for IR ones, when it is applied to large-scale screens, you only need to add a few LEDs and correspondent detectors, apparently, the IR touchscreen solution is more cost-effective in large interactive displays, such as the interactive digital board, which are used for presentation in business meetings.

Due to the costs and multi-touch function, the IR touch screen is mostly applied to large screens, however, PCAP is used in smartphones and tablets.

What Is An IFPD (Interactive Flat Panel Displays)? 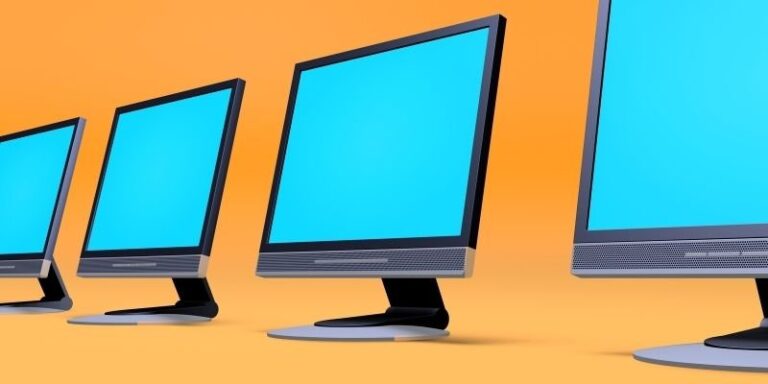 What Is An IPS Monitor?

Send us an inquiry, we will feedback to you within 12 hours.